Running a patient group on the 'smell of an oily rag' 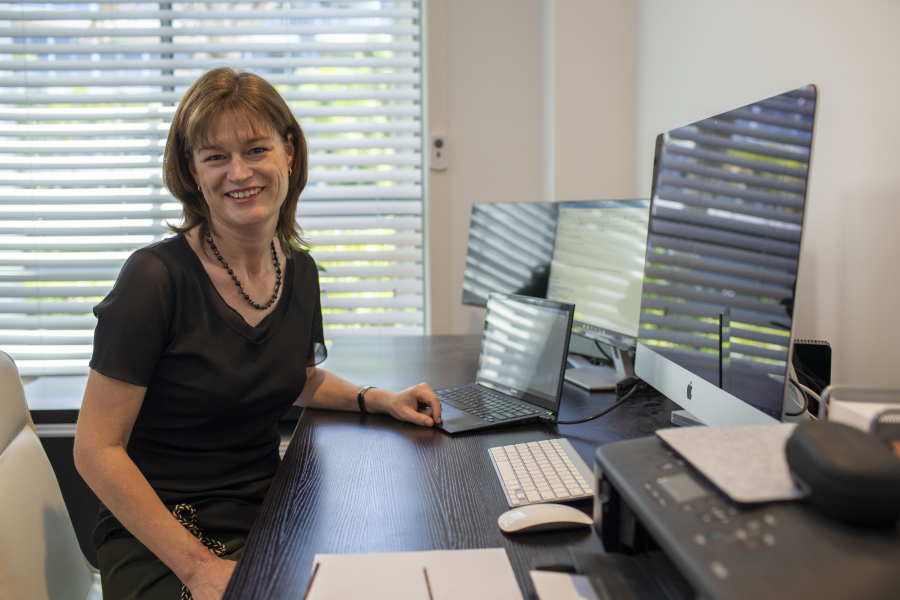 Eczema Support Australia was established just a few years ago as the Hands to Hold organisation. Its creation was inspired by the experience of a family with twin boys born with the debilitating skin condition.

Melanie Funk is the mother of those twin boys and the managing director of Eczema Support Australia. She spoke with BioPharmaDispatch about her experience and the challenge of creating and building a new patient representative group.

"I guess I've realised from the beginning it was going to be an uphill battle but we are quite determined because there is a huge need to support the many Australians dealing with this condition."

Ms Funk said she gets very emotional describing the journey from her previous career to parent and then patient advocate.

"When my boys showed symptoms of eczema quickly, very quickly, within weeks of being born, it turned into severe eczema very quickly and it was quite a huge shock. I quickly realised that until you live through that, you really have no idea how bad it can be.

"Our journey has been trying to manage their constant pain and discomfort. We were restricted to living indoors for 90 per cent of the time. Most people think the condition is just a bit of an itch and inconvenience but that is far from the truth - it was 24/7 pain and distress.

"We had four or five years of feeling complete isolation and like we were the only ones really going through this. We did not know where to turn for practical support and some connection.

"We did get some community support through close friends who helped us get the treatment we were needing. I had to give up my career in human resources. I had a really great job, which I loved, but as the boys' condition deteriorated, I needed to give them intensive 24-hour care.

"It was this journey that made us realise the number of people out there struggling alone. So, once we got to the point where we were out of the acute stage to a more manageable condition, we started Eczema Support Australia. It was initially called Hands To Hold."

Ms Funk said their attitude was that "something needs to be done and someone needs to do it so it may as well be us."

"We started researching and communicating with people. We set it up to be evidence-based support and advocacy where we were working with as many medical professionals as possible.

"We run on the smell of an oily rag. We have done one or two fundraising events, which are extremely hard work, but they were needed to get some funding to at least get some things happening. The challenge has also been the amount of work involved in not just setting up a charitable organisation, but making sure that we are looking after our members and connecting with them and meeting their needs.

"We are a volunteer-based organisation and there is an awful lot of work to be done. We have been fortunate in that we have been able to apply for some small community grants. We have also received some grants through sponsors. However, there is no real funding for general running costs, so basically everybody is running on passion and driven by compassion.

"Our board meetings are held around our kitchen table. We do have a really good management team. We meet regularly to make sure we are doing things as per governance, the strategy and the plans."

In terms of priorities for the year ahead, Ms Funk said the focus is on wider recognition of eczema as a serious chronic condition that can be debilitating for some people.

"I have had people look at my children when they are at their worst and go, oh yeah, that is terrible. It was not until they actually read the story or came to my house for more than two hours that the penny started to drop. This is because what you see is not the full story - it can look horrendous but there is so much more to what is an autoimmune condition.

"We also hope to be able to reach out to people in need and provide a level of support. We have been subsidising psychology consultations for people or the family unit. We have also developed an eczema school kit. The school nurses, teachers and parents love it, and we are currently very focussed on teenagers. We are trying to get that distributed to help families and children cope with the school environment because it can be fraught with difficulties.

"Another priority is for the government to recognise there are so many people suffering over the long-term and there are breakthrough treatments available and becoming available that we need to access.

"Eczema has always been treated with topical steroids because that is really all that has been available. Unfortunately, that approach is just not working for a lot of people anymore. We just hope the decision-makers have a full understanding of eczema and its impact."

At its upcoming March meeting, the Pharmaceutical Benefits Advisory Committee will consider a resubmission from Sanofi for its biologic for the treatment of atopic dermatitis, DUPIXENT (dupilumab).

Eczema Support Australia used its 2020-21 Budget submission to call on the federal government to set aside funding for the new treatment.

"I was fortunate to meet some excellent advocacy groups overseas. Some countries are so far ahead of Australia in terms of supporting and assisting people with severe eczema. Even in the statistics, we really do not have a good handle on the impact in Australia economically, psychologically and physically.