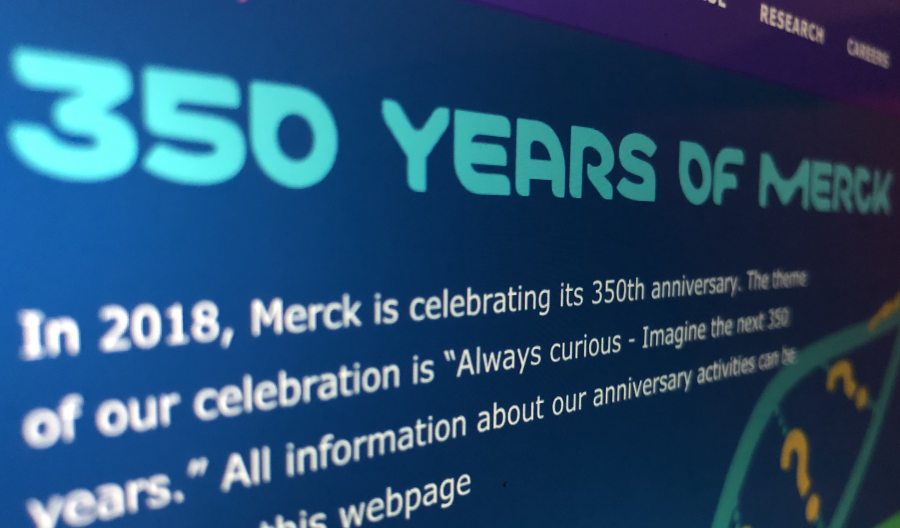 Australian employees of German-based Merck will join colleagues from around the world to mark the company's 350th anniversary.

The company will connect its 52,000 employees across 66 countries in a live global broadcast link-up to celebrate the anniversary.

Merck was founded by the pharmacist Friedrich Jacob Merck in the German city of Darmstadt in 1668. It has evolved over the past three and a half centuries into one of the world's leading global science and technology companies, involved in pharmaceuticals, cutting-edge systems for scientific research and production, and even liquid crystals for smartphones and LCD televisions.

German ambassador to Australia, her excellency Dr Anna Prinz, congratulated the company. “We see a lot of cooperation between Germany and Australia in the fields of research and university partnerships – especially in the health sector. Soon, life expectancy will reach 100 and it’s important to make the outcomes of this research available to people.

“Change comes fast and a company that has existed for 350 years will have the experience and competence to lead us into the future.”

According to Merck Australia managing director, Drew Young, “Australia is a key part of the Merck global business and we are delighted that our employees are being brought together to celebrate this important milestone. It is an opportunity to thank them and look to the future for the business.”

Stefan Oschmann, the company's CEO and executive board chairman said, “350 years, that’s an incredible number, especially if you consider everything that has happened in the world of science between 1668 and today. We are proud of the many contributions Merck has made to research and development. And we will also continue to do exactly the same. In other words, we are infinitely curious about what is coming.”

The founding Merck family retains a majority ownership of the company.

MSD was originally established as Merck's US-based subsidiary in 1891. The US government expropriated the company during the early part of the first world war. It was subsequently re-established as an independent company in 1917.