July 24, 2021 Latest NewsBioPharmaNews of the Day 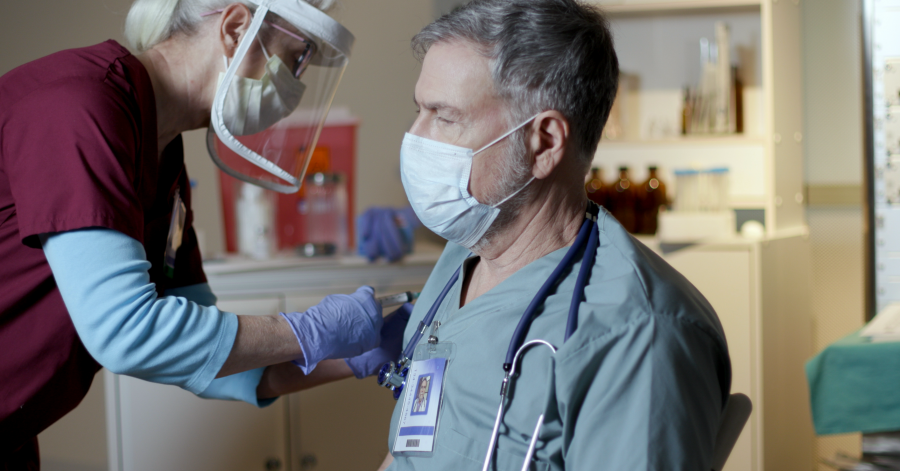 The Australian Technical Advisory Group on Immunisation (ATAGI) has clarified its advice on the AstraZeneca vaccine from April but essentially reiterated that its use in younger populations needs to be considered based on the 'balance of risks'.

The advice has been reissued this afternoon just days after it met with health minister Greg Hunt and was publicly coerced to vary its advice on the vaccine by Prime Minister Scott Morrison.

Saturday's advice comes the day after ATAGI issued a weekly update on reported cases of thrombosis with thrombocytopenia syndrome (TTS). TTS is a blood clotting disorder with a small number of incidents reported in people administered AstraZeneca's adenovirus viral vector vaccine against COVID-19.

According to its advice issued yesterday that was from its meeting on Wednesday, 87 cases of TTS have been reported in response to the administration of around 6.1 million doses of  AstraZeneca's vaccine.

In that same advice, ATAGI said it "reinforces" that the "benefits of vaccination with COVID-19 Vaccine AstraZeneca strongly outweigh the risks of adverse effects in all Australians ≥60 years."

Yet it also added that "in the context of a COVID-19 outbreak where the supply of Comirnaty (Pfizer) is constrained, ATAGI reinforces adults younger than 60 years old who do not have immediate access to Comirnaty (Pfizer) should re-assess the benefits to them and their contacts from being vaccinated with COVID-19 Vaccine AstraZeneca, versus the rare risk of a serious side effect."

This afternoon, ATAGI has issued further updated advice that essentially restates the advice published yesterday from its Wednesday meeting, It is also closely aligned to the advice it issued in April. In response to that advice, the federal and state governments spoke strongly in favour of preferencing Pfizer's vaccine in younger population groups.

Arguably, these governments failed to present and respond to the ATAGI advice in the way it was written and intended. Their response has seriously undermined public confidence in the AstraZeneca vaccine.

Queensland's chief health officer Dr Jeannette Young even issued an extraordinary plea for younger people to avoid the AstraZeneca vaccine. Dr Young said she feared that the first death in the state in a young person from COVID-19 could be caused by the vaccine.

In its newly issued advice on Saturday, ATAGI said all individuals aged 18 years and above in greater Sydney, including adults under 60 years of age, should strongly consider getting vaccinated with any available vaccine including AstraZeneca's.

"This is on the basis of the increasing risk of COVID-19 and ongoing constraints of Comirnaty (Pfizer) supplies. In addition, people in areas where outbreaks are occurring can receive the second dose of the AstraZeneca vaccine 4 to 8 weeks after the first dose, rather than the usual 12 weeks, to bring forward optimal protection," it says.

The detailed advice includes what is almost the exact same sentence as what was included with the advice from its Wednesday meeting.

"In the context of the current risk of COVID-19 in NSW and with the ongoing constraints on Comirnaty (Pfizer) vaccine supplies, all adults in greater Sydney should strongly consider the benefits of earlier protection with COVID-19 Vaccine AstraZeneca rather than waiting for alternative vaccines," says ATAGI.

Even its advice from its April meeting that led to the policy of preferencing the Pfizer vaccine in younger populations clearly says it was where the "benefits are likely to outweigh the risks". The obvious implication was that the AstraZeneca vaccine should be used in everyone in the context of an outbreak.

It is almost as if the newly published advice involves a very subtle change focused on Sydney that serves the primary purpose of enabling governments to 'walk back' their previous statements on the AstraZeneca vaccine.