Merck's Dr Frank Stangenberg-Haverkamp: The family are trustees not shareholders 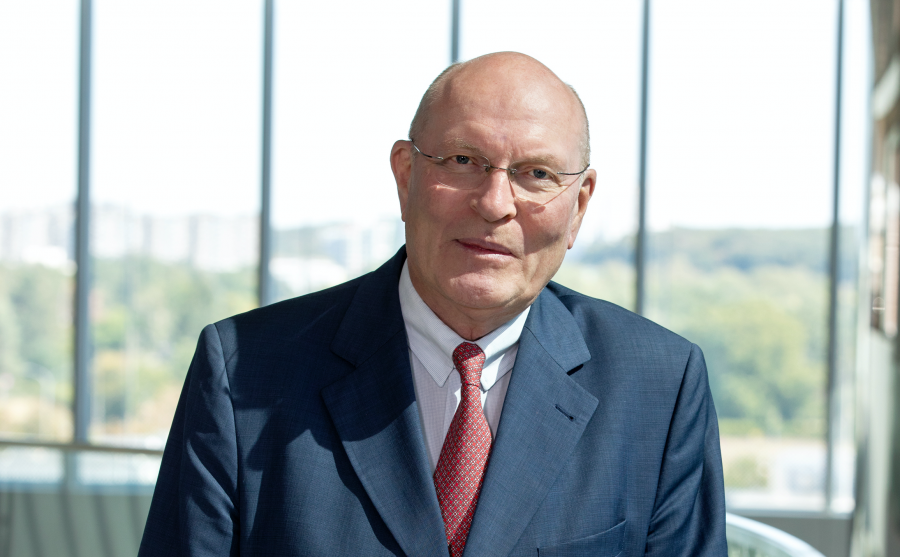 Dr Frank Stangenberg-Haverkamp is Chairman of the Executive Board and the Family Board of E. Merck KG. He spoke to BioPharmaDispatch during his recent trip to Australia to attend the opening of the company’s new office in Sydney.

The German company is unique in many ways. It is 351 years old, having started with a pharmacy in Darmstadt, but a key feature is an ownership structure dominated by 156 family owners. The founder‘s family still owns the same pharmacy in Darmstadt and it is operated by one of Dr Stangenberg-Haverkamp’s cousins.

The family retains ownership of 70 per cent of the company and meets for an annual general meeting each year.

Dr Stangenberg-Haverkamp said the family’s ownership is shared in relatively small holdings. “No single person really has the power to change things and decisions are made by the Family Board based on consensus.”

He said the owners continue to play a role in setting the company’s strategic direction but significant decision-making power is held by the Family Board of 13, which he chairs. “The owners elect the family board every five years,” he said.

“Decision-making is done in conjunction with the CEO and the executive board of Merck KGaA. All decisions linked to strategy, linked to mergers, acquisitions, disposals, major loans and bond issues, major decisions on people and top management, are done with the involvement of the family.”

His path to chairing the company started in investment banking in London. He joined the Merck Family Board in 1984. He became Vice-Chairman in 1994 and Chairman in 2014.

“My uncle put down the right foundations for the company with a strong family constitution,” he said, adding it contains rules that mean the company could only be sold with the unanimous support of all family members.

“Everything we do is governed by a family contract. It is in place until 2040 and we are all bound by its conditions. If a family owner wants to leave, they must have a very good reason.”

The company listed in 1995 but the family is not holding publicly traded shares but via the holding company E. Merck KG 70.3 per cent of the equity of the listed Merck KGaA.

“Merck is a partnership, 29.7 per cent of the company is held in listed shares and the other 70.3 per cent in participation certificates, which are entirely held individually by the family.”

Dr Stangenberg-Haverkamp said this restriction was deliberate because the family owners are trustees not shareholders.

The company trains family members wanting to be involved on the Family Board. “It is a bit like a management course. We do five long weekends with external and internal people that include sessions about the company, law, leadership, finance and family history.”

He said the company’s profile and mix of assets reflects its history and commitment to a portfolio approach but with the 3 business sectors, operated as an integrated business.

“Merck has some very important pharmaceutical products but we are not big pharma we are mid-sized. We also have a prominent position in the LS market - life science is eleven o'clock and pharma is one o'clock – they are quite close together.

“We have been one of the market leaders in performance materials for a long time, particularly liquid crystals – a smartphone  contains 11 different Merck products and in many cases the screen contains Merck liquid crystals.”

Two of Dr Stangenberg-Haverkamp’s personal passions are the Merck Foundation and the Merck Family Foundation.

The work of the foundations aims to improve the health and wellbeing of people through science and technology especially in underserved communities and with a focus on women and youth.

“It is part of our corporate responsibility program and undertakes projects such as providing training for healthcare professionals in developing countries. In Africa for example we help to educate nurses to detect diabetes, and train doctors to become oncologists or fertility specialists