A laughable irony or serious example of rank hypocrisy? 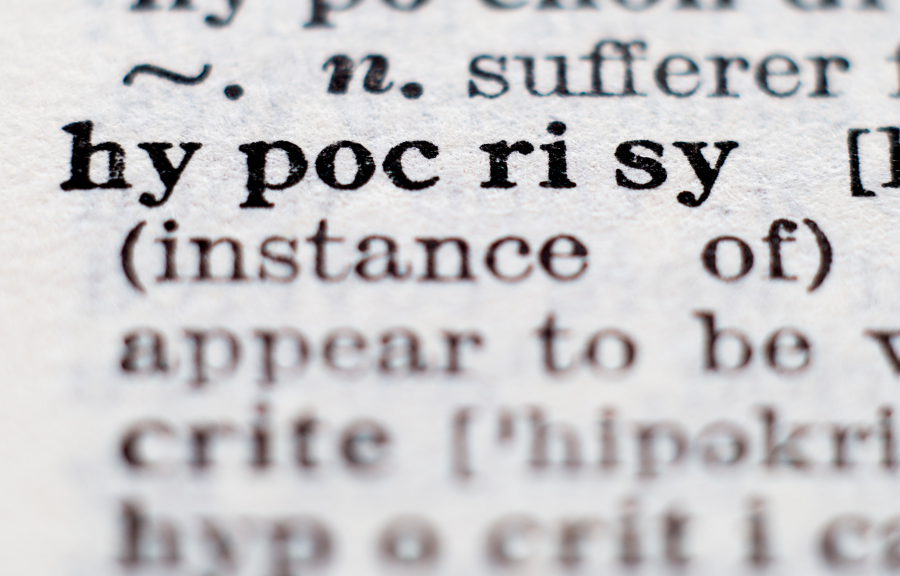 The irony of the Department of Health's publication of its gift register is not the nature of what has been disclosed - but the fact it justified redacting the identities of gifters using the very same argument it now refuses to accept from companies wanting to protect commercial-in-confidence clinical data.

The story has many, many layers, and the word irony hardly seems sufficient to explain the Department's position given the obvious hypocrisy of using an argument it is now so reluctant to accept from the industry.

Just to be clear, the basis of the industry's claim of commercial-in-confidence is generally considered, balanced and frankly light years ahead of the Department's.

The Department seems to be recognising commercial-in-confidence, in this case, simply to avoid disclosing the identity of third-parties that provided a range of gifts to its officials.

What organisation would gift anything to a government employee without the expectation it would be disclosed?

On the grounds of commercial-in-confidence, it redacted the identity of an organisation that gifted a departmental official a reusable plastic coffee keep-cup worth less than $16.

It used the same justification to redact the identities of organisations that gave officials a mug full of chocolates worth $8 and a Grandma's Traditional Pudding worth around $40.

You only hope the applicant who uncovered the information - News Corp - pursues the matter all the way to the Information Commissioner because it is hard to see how these redactions can be sustained.

The industry has a stake in this issue.

It and the Department of Health are currently locked in discussions over the PBAC's stated intent to reduce the number of redactions in its public summary documents.

Some exceptions will continue but the industry is concerned with the proposed publication of some information, such as Australia-specific analyses, it believes could undermine its ability to make submissions but also 'unreasonably' prejudice the 'commercial or financial affairs' of companies.

The Department has so far shown no willingness to accept the industry's concerns.

Yet it has now basically deployed a 'commercial-in-confidence' defence to redact the identities of gifting stakeholders in its published register - unlike the industry, which has submitted a detailed case in support of its concerns, the basis for the Department's justification is wafer-thin, at best.

The release of clinical data or analyses that have always been considered commercial-in-confidence, and redacted accordingly, is a serious issue - unlike keep cups and puddings.

The Department justified redacting the identities of gifting stakeholders based on the provisions of the Freedom of Information Act (Act).

Some of the redactions are based on Section 33 of the Act - an exemption on the grounds of national security, defence or international relations.

It has also used Section 47 - section 47F relates to the personal privacy of individuals but Section 47G is based on commercial-in-confidence.

So, the disclosure of the identity of organisations gifting officials coffee keep-cups and puddings would unreasonably affect their lawful "business, commercial or financial affairs" or "prejudice the future supply of information" to the government.

The use of Section 47G seriously trivialises the important concept of commercial-in-confidence but it does not end there.

The Department of Health division responsible for wanting to wind back redactions in public summary documents is responsible for one of the key gifts disclosed in its register - $13,000 in business class travel and accommodation.

Yet strangely it has redacted the identity of the gifting organisation based on Section 33 - national security, defence or international relations - while describing the organisation as an "apolitical research organisation".

It is unclear how disclosing the identity of an international non-profit organisation focused on health technology assessment, without any direct link to a government, could as Section 33 describes "reasonably be expected to, cause damage" to national security and the defence of Australia.

It is particularly odd given the relevant organisation appears to disclose the official's identity and their membership of a committee on its website.

There is no suggestion the gift was inappropriate but the failure to disclose the stakeholder group makes what was probably a valuable contribution to an important workshop look suspicious.

The redaction is unfair to the official and its justification begs the broader question - if redacting the gifter's identity was critical to national security and the defence of Australia, why was the trip not funded by the government?

It is also stating the obvious so say it does nothing for the Department's credibility when it comes to a wider discussion on transparency.

The selective redactions, and the Department's reported reluctance to disclose the register, also contrasts with its own obsessiveness when it comes to attacking industry claims of commercial-in-confidence and enforcement of conflict-of-interest declarations - think expert advisory committees supporting regulatory and reimbursement decision-making.

But wait, it gets even better, or worse.

The Department of Health made a submission in 2013 to the Medicines Australia review of its Code of Conduct.

In that submission, signed by former secretary Jane Halton AO PSM, on the question of 'transparency and accountability,' it argued that "in keeping with the spirit" of the Code it "should not be acceptable for a company to claim as 'confidential' relevant information".

Relevant information like the identity of organisations providing gifts to officials with directly relevant policy-making responsibility?

According to Ms Halton, "The Department support Medicines Australia's ongoing development of its Code of Conduct and progress towards greater transparency around the interactions between therapeutic goods companies and healthcare professionals associated with the promotion of therapeutic goods."

Yet apparently that support for transparency does not extend to the disclosure of arguably critical information on the nature of interactions - and the transfer of gifts and items of value - from stakeholders to the policy-makers who may or may not exert a direct influence over their commercial outcomes.

A facetious response would be to suggest companies rename the information they consider commercial-in-confidence 'gifts' or maybe send a pudding with their next PBAC submission.

However, the key point - and the industry should be very clear on this - is that the Department of Health has lost any credibility or ability to lecture it or anyone on transparency.